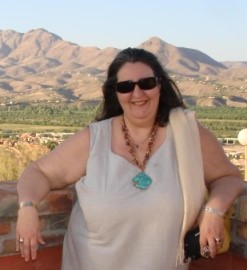 Celebrated throughout the gemstone world, Helen has earned multiple awards over the years for her distinctive carved gemstones and jewelry, and has been featured in countless publications. With a Master’s Degree (MFA) in Sculpture and in Gemology (FGA), plus drawing and painting studies, her original work reflects beautifully on each of these disciplines.

Whether one is admiring her carved gemstones, original jewelry art, or freestanding gem sculptures, each piece displays the art and expertise of a master artist. Her iconic ‘wearable sculptures’ explores the relationship between fine art and personal adornment. Many of these unique works were bespoke pieces.

Some of Helen’s recurring themes examine mythological characters and imposing portraiture. Yet each of her creations are always one-of-a-kind, bearing her signature and accompanied by a Certificate of Authenticity.

Her palette features a rich assortment of precious gemstones including fancy color sapphire and garnet, tanzanite, diamond, red spinel, opal, tourmaline and more, all mounted in 14K or 18K gold and sterling silver. 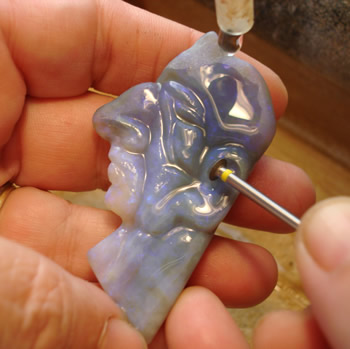 Helen Serras-Herman is an acclaimed gem artist with over 36 years of experience in unique gem sculpture and jewelry art. Her award-winning, one-of-a-kind, distinctive artwork has been exhibited world-wide and published in over 200 trade magazines and books.

Her vibrant contemporary organic jewelry features unusual carved gems, often intertwined with natural gemstone beads and pearls. The selection of unusual gem materials, her contemporary organic compositions, her masterful workmanship quality and her ability to blend the mineral world with the art world, are qualities that her work in recognized for.

Her sculptural artwork and artistic jewelry collections always “tell a story” inspired by her world travels to mines and ancient archaeological sites, and are influenced by her southwest environment and the ancient Greek mythology. Figures and faces often take the symbolic shape of gods and nymphs.

Helen is also a frequent article contributor to Rock & Gem magazine, Gems & Jewellery magazine published by Gem-A in London, the GemGuide, and the Gem Shows EZ-Guides.

Born in New York City, Helen lived in Athens, Greece, and studied sculpture (MFA) in Berlin, Germany. She is also a graduate gemologist (FGA), and apprentice to the last master of the English school of Glyptic Arts. In 2003, she was inducted into the National Lapidary Hall of Fame. In 2005, after 18 years in Maryland, Helen and her husband moved to Rio Rico, in Southern Arizona.

Helen is a member of the American Gem Trade Association (AGTA), the Gemmological Association of Great Britain (FGA), and the Gem Artists of North America (GANA).

The Gem Art Center is Helen Serras-Herman’s company, celebrating over 3 decades since being established in 1988.

The Gem Art Center participates in a number of gem and mineral shows, as well as art and craft shows in Arizona, New Mexico, Texas, and occasionally in Maryland. The company is recognized for their attractive displays, quality and variety of merchandise, knowledge and customer service. 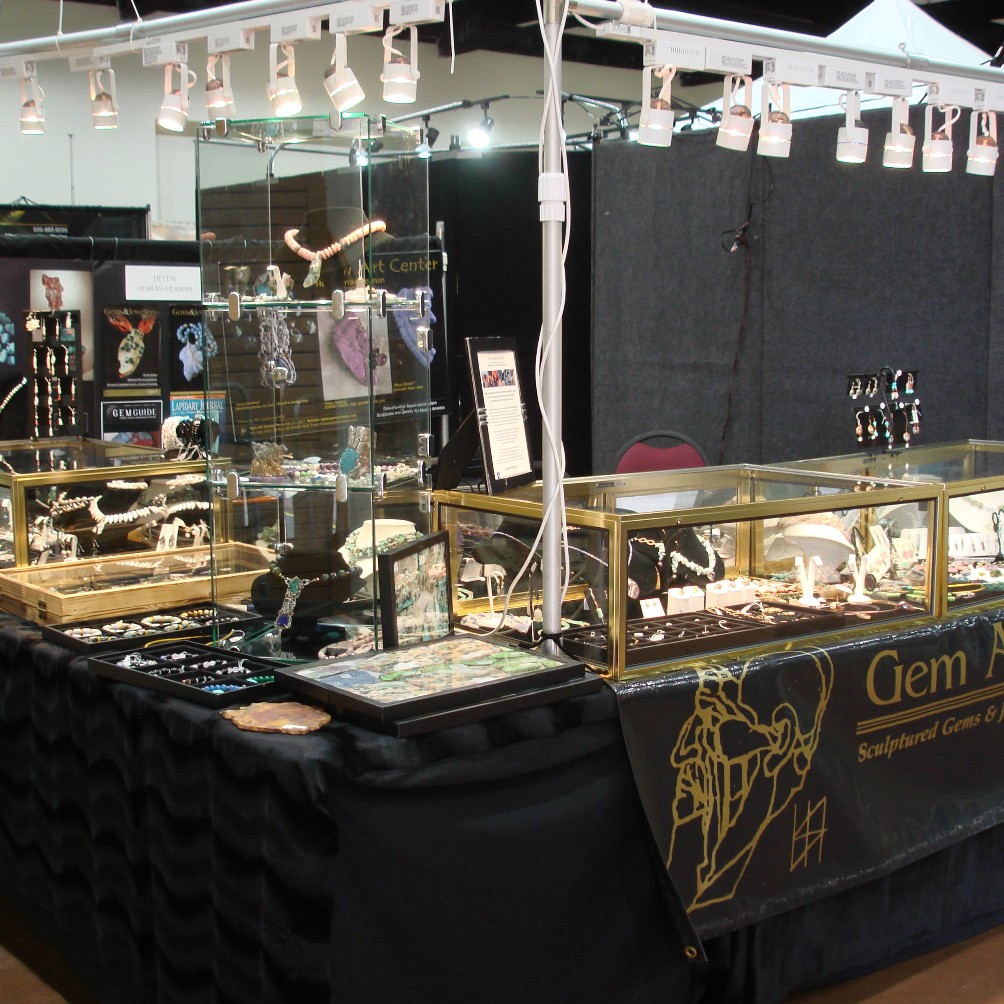 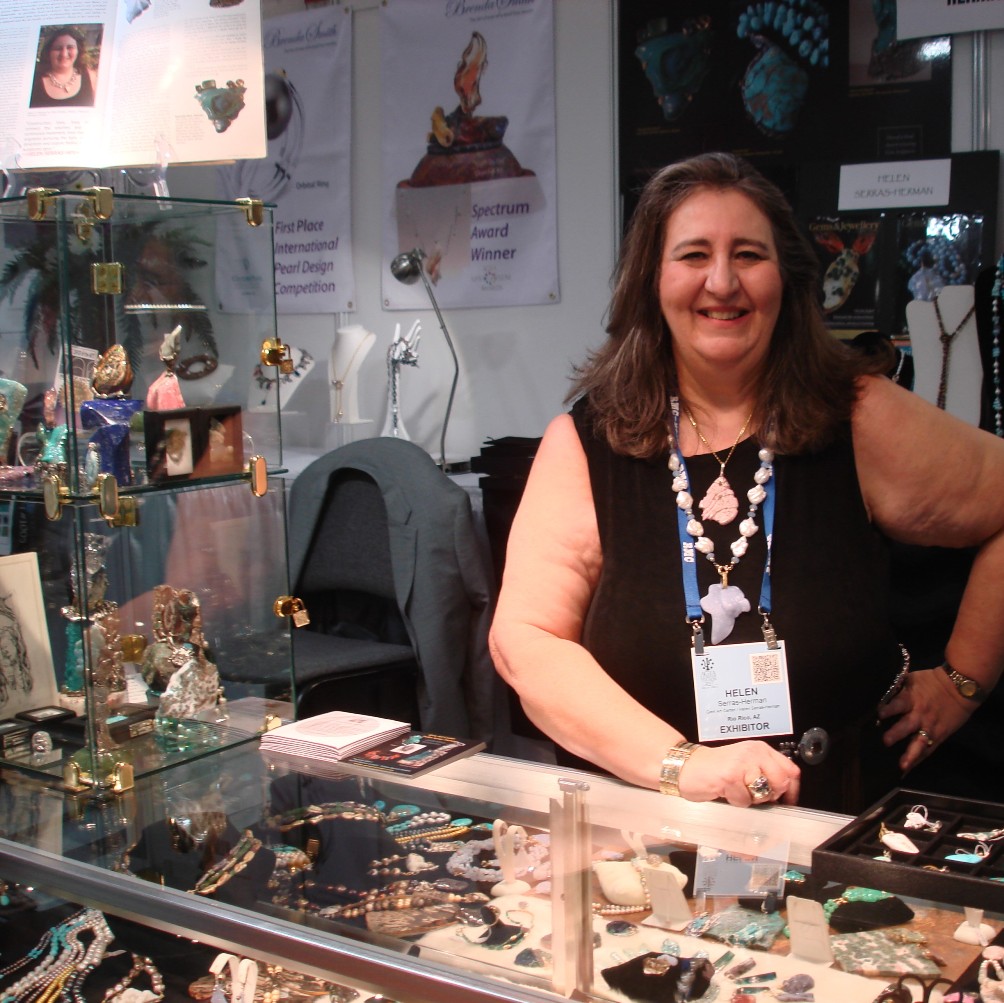