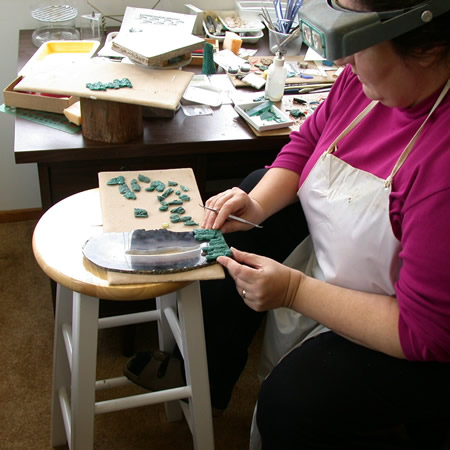 World traveler Helen Serras-Herman has developed a keen eye for the aesthetics everywhere she goes. Her distinctive work is intentionally timeless yet gives voice to a stylish modern jewelry collector. Take a closer look to examine the subtle nuanced way she carves each gemstone. No two items are alike --- and once sold, there will never be another one like it. That’s just the way she intends her collections to be.

Her choices of carved gemstones harmoniously accompanied by precious metals are all thoughtfully arranged to tell a story for the wearer. Helen’s jewelry is set in precious metals of 18K and 14K gold and sterling silver. All of her jewelry and gem sculptures are hand-made by her or by collaborating with goldsmiths, metal casters, and wire-wrapers, here in the USA. Helen’s hallmark is engraved all of her stones and precious metals. All of her gemstones and lapidary materials are natural.

Helen Serras-Herman was born in New York City, in 1956, by Greek immigrant parents, who came to America in 1946. By age of 5 Helen and her family moved to their homeland of Athens, Greece. There, opportunities for study unfolded as she pursued drawing and painting, and History of Art in Athens (1973-76) with the late painter Vrasidas Vlahopoulos.

Helen earned a Master’s degree (MFA) in sculpture from the prestigious Hochschuele Der Kuenste (University of Arts) in West Berlin, Germany, following 6 years of study with professors Hans Nagel and Harro Jacob (1976-1983). During her last two years (1981-1983) at the school, Helen gained enormous experience in molds and casts while working as tutor of the Plaster Workshop in the Sculpture Division.

Returning to Greece in 1983, she worked in bronze and mixed media, becoming a member of the Greek Chamber of Arts/Sculpture Division, and the Sculptors Association. She worked there as a professional sculptor with two solo exhibitions and participated in numerous group sculpture exhibitions until 1988. 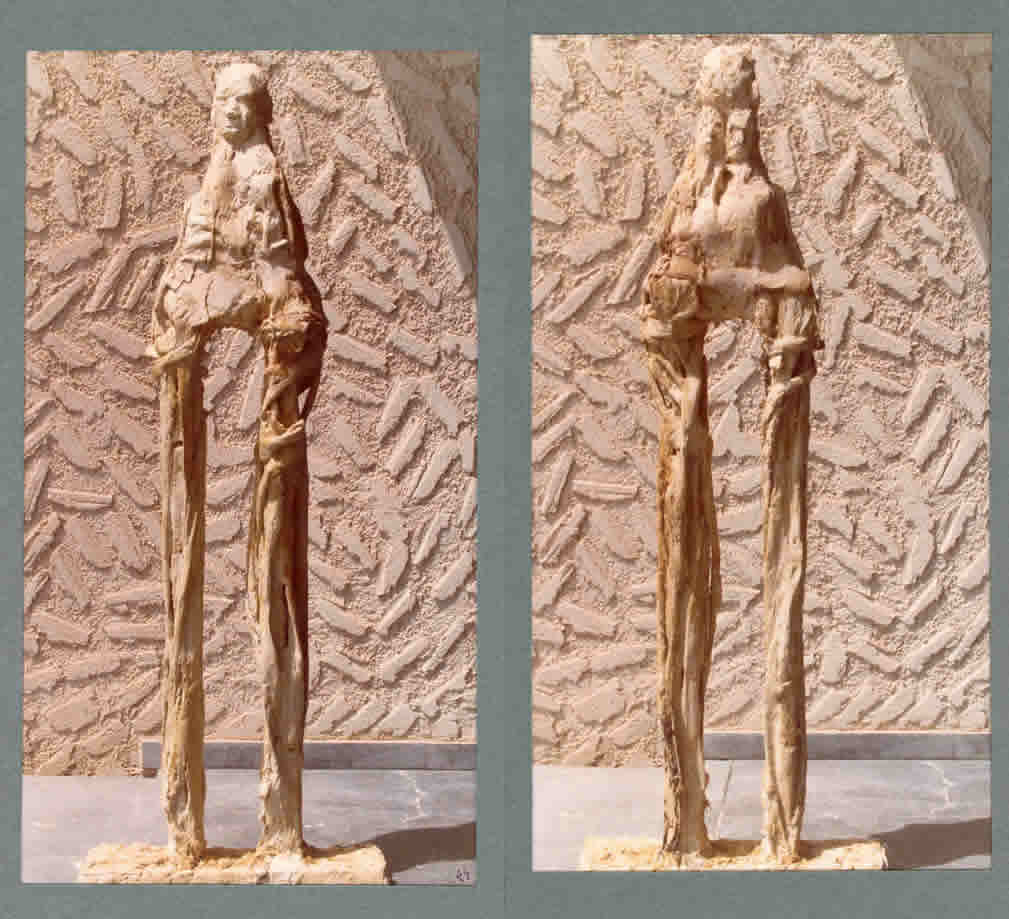 A trip to Singapore in 1984 created profound impressions by their gigantic, tropical trees all of which inspired her series of sculptures, the "Trees" reflecting a parallel course of man and nature. Two prominent works from that series, the "Tree of Life", a 5.7' mixed-media sculpture resides in the H. Antoniou collection. "Parallel Lives ", a 6' mixed-media sculpture now belongs to the Hatzisavvas collection.

Helen served a long apprenticeship (1984-1988) while mastering her large sculptural glyptographic pieces with English master Nik Kielty Lambrinides. Mr. Lambrinides, (half-Irish and half-Greek on his maternal side) was the last master of the English School and was the pupil and successor of Cecil Thomas since 1976. He realized his dream of creating a gem carving and gemology school when he relocated to Greece in 1980.

Her artistic future unfolded with her discovery of the world of carved gemstones during her 3-year course on Glyptography/Glyptology at the Glyptography Center in Athens, founded by Kielty Lambrinides in 1984. EOMMEX (Hellenic Organization of Small Industries and Handicrafts) sponsored this effort. From 1986 to 1988 Helen also taught Drawing, Glyptography, Glyptology and Gemology at the Municipal School of Glyptography & Jewelry, Volos, Greece, and the Lapidary School, near Hania, Crete. 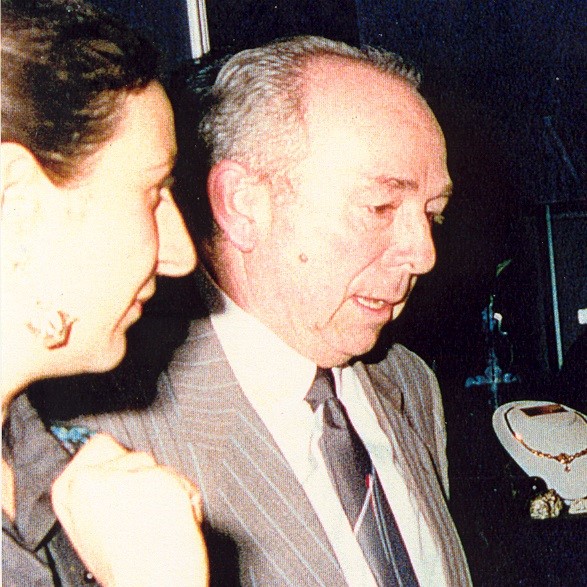 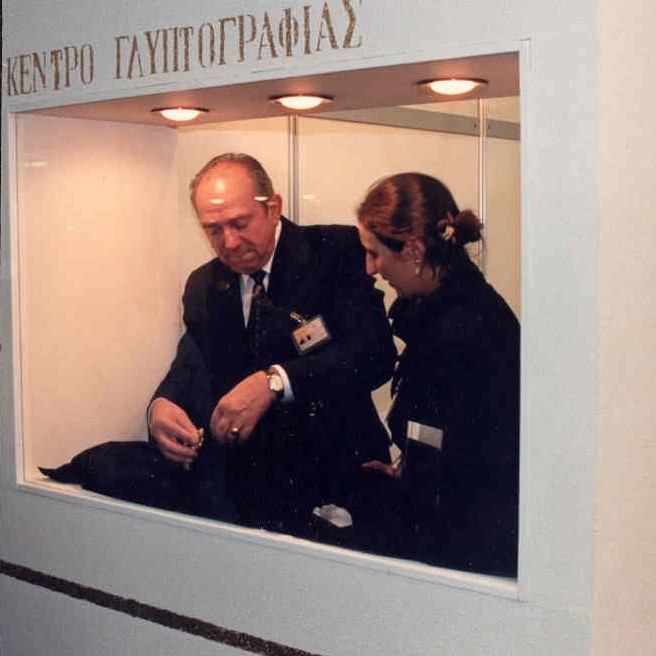 1988; Helen returned to the US, moving to the Washington, D.C. Metro area (Maryland) and there established her studio, the Glyptography Center, renamed the Gem Art Center (in 2000). From then on Helen completely devoted herself to the art and science of gem sculpture. 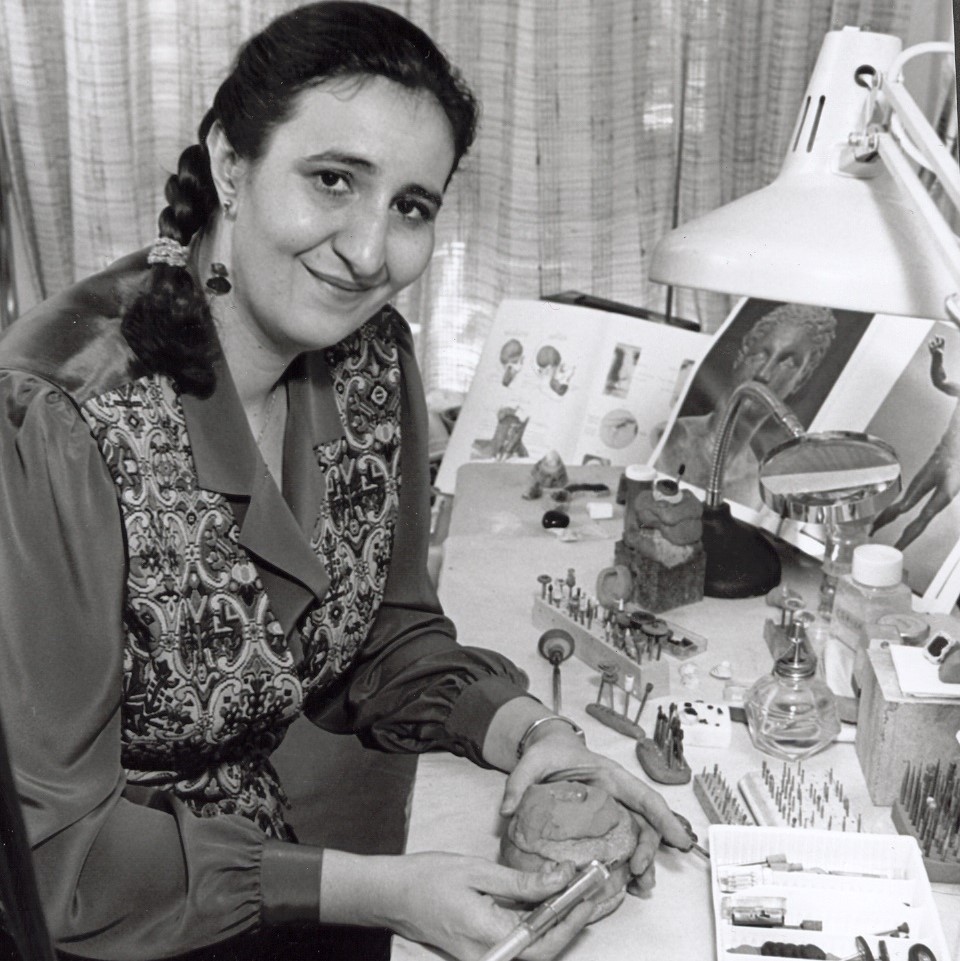 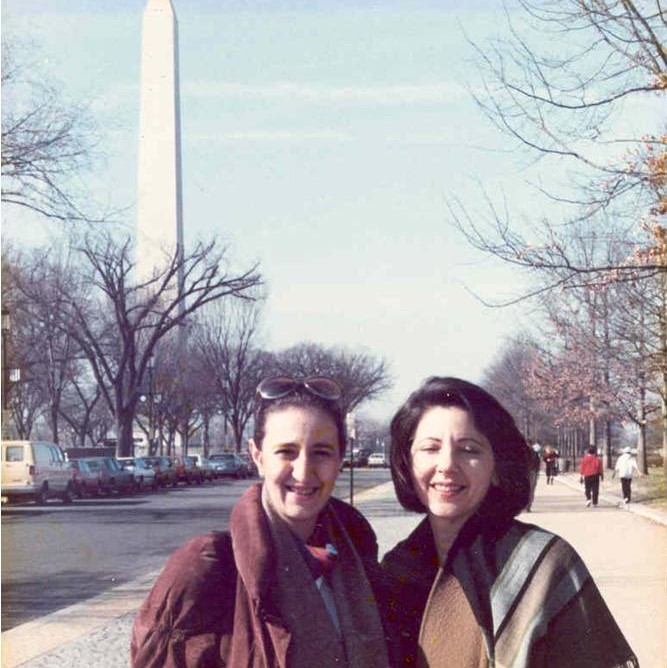 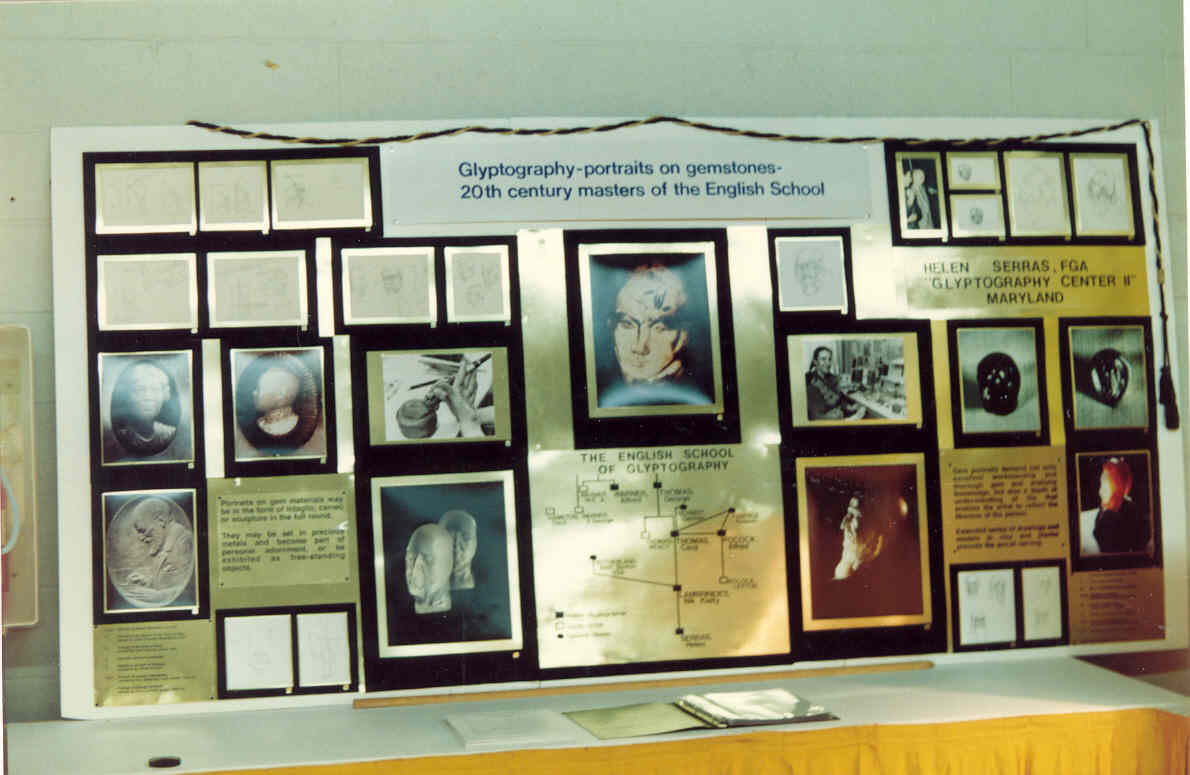 1995; worked with Dr. Julia Kagan, Curator of Post classical Engraved Gems at the Hermitage Museum in St. Petersburg Russia. combined their similar research on the lineage of the Masters of the English School, creating Masters of the English School 14th - 20th Centuries into a single new list research, published in the book Gem Engraving in Great Britain from antiquity to the present, by Dr. Julia Kagan, in 2010. 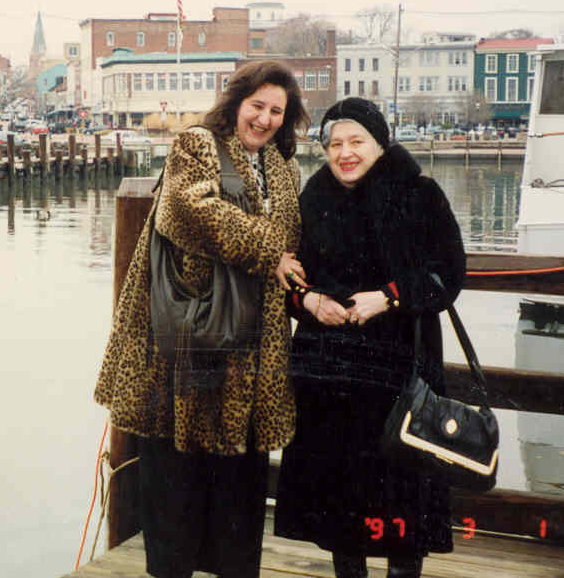 1997; joined the Gem Artists of North America as an Artist Member; exhibited with the group at the Lizzadro Museum in Elmhurst Illinois, the Carnegie Museum of Natural History in Pittsburgh, PA, Pittsburgh Ballet Opera, and the Los Angeles County Natural History Museum.

In 2005, Helen and her husband Andrew Herman, a retired aeronautical electrical engineer, lapidary and GIA graduate gemologist moved to southern Arizona, where she has established her studio and continues to create. Helen’s original work appears in select galleries nationwide.

The Arizona landscapes, scenery, sunsets, desert flowers and wealth of gemstones is a constant source of inspiration for Helen's artwork. 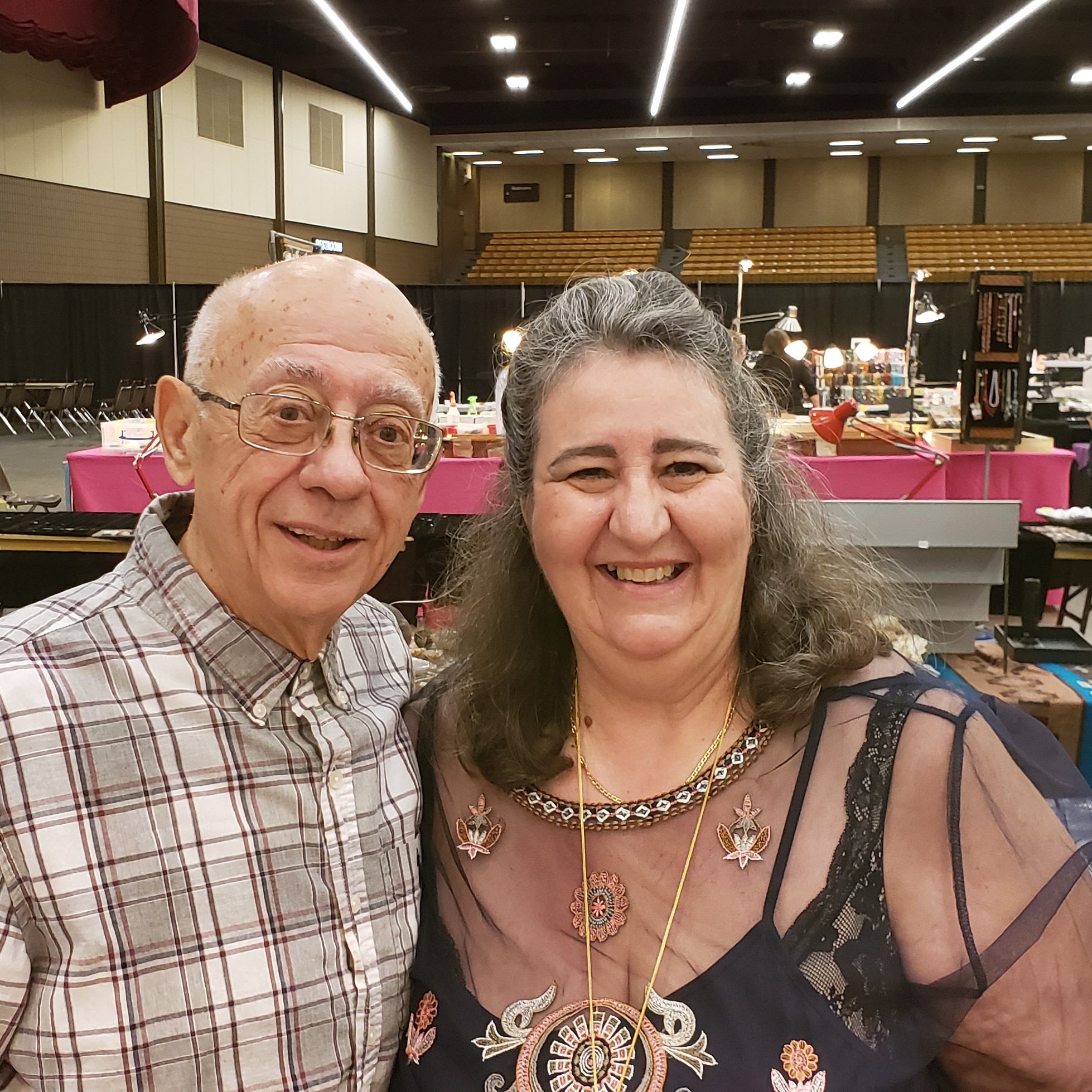 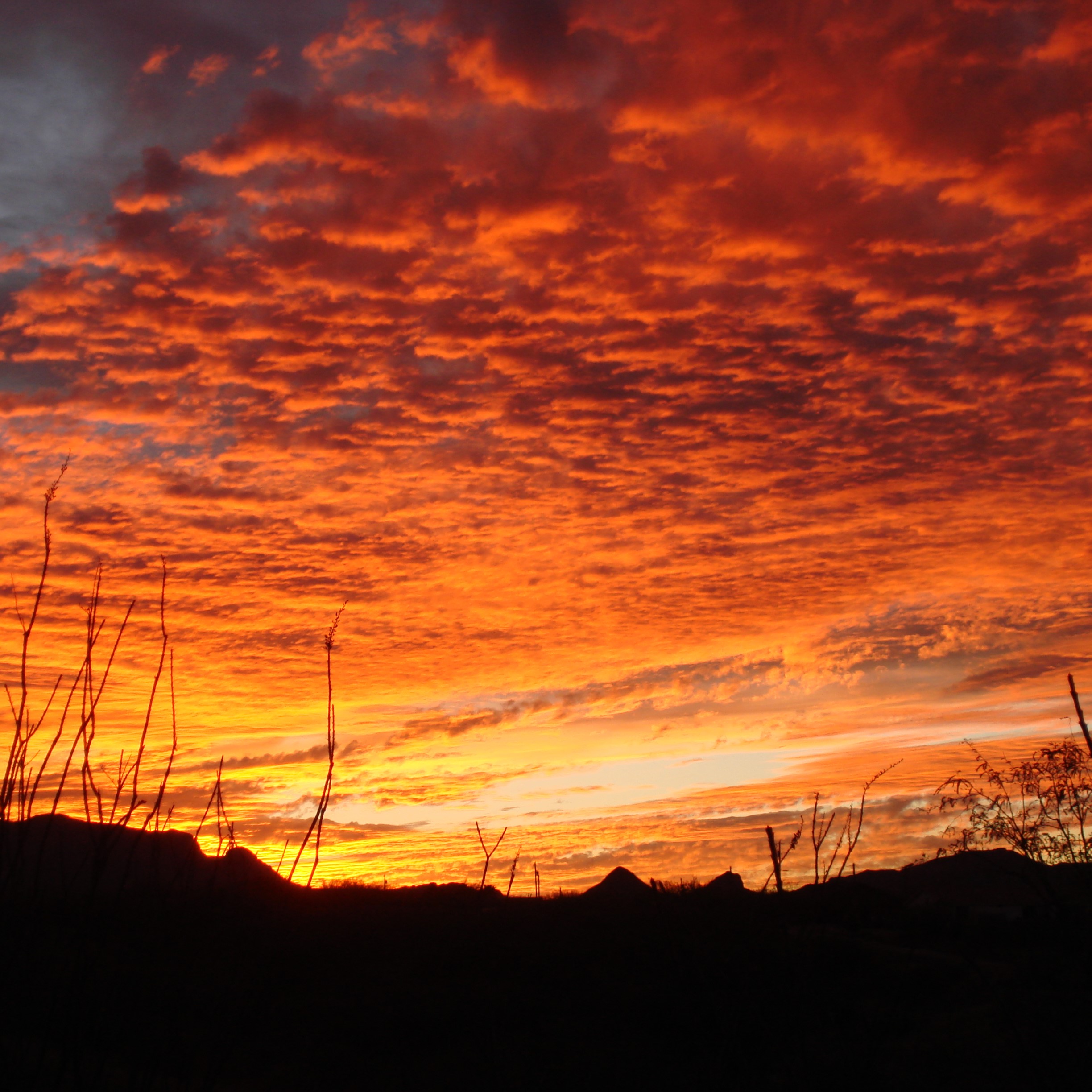